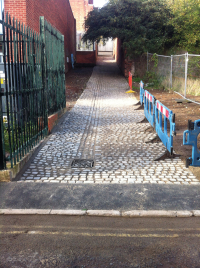 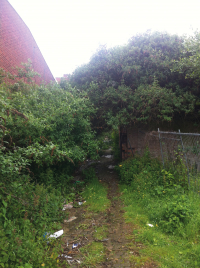 Camden Grove had not been maintained by Birmingham City Council for over 20 years and Grove Pattern buttons who have premises adjacent were originally told that “It was our company’s responsibility to clear it, as it was a private footpath, which you won’t find on any modern maps.”

David Valentine told us “After our staff filled 17 skips worth of rubbish for removal, we discovered differently and that it was an adopted highway belonging to BCC.

Following persistent niggling by our company the road has now had the cobbled surface restored by Amey and has been re-opened for use.

We are told that soon it will have the Camden Grove street signs replaced in the ‘heritage’ style.”

Also, after the restoration, Ordanance Survey have been notified by Birmingham City Council and will be re-included.